Last offseason, general manager Ryan Pace made a daring decision when he completed a one-year revamp at one of the team’s weakest positions: inside linebacker.
Being unable to stomach another season of Shea McClellin and Christian Jones taking the field, Pace set out to turn the team’s biggest weakness into a strength and he succeeded. It started with the signing of a young up-and-comer fresh off a Super Bowl championship in Danny Trevathan.
Soon after, Pace brought in his counterpart by bringing in an effective veteran in Jerrell Freeman who ended 2016 as PFF’s highest-graded linebacker (93.6). Even though the duo only started eight games together, the two were light years ahead of their predecessors.
Pace’s cleverness of “double-dipping” at the same position in free agency, turning a liability into an asset, is the blueprint he should follow again this offseason to sure up Chicago’s secondary.

Here are three “double-dips” Pace could pull off this offseason: 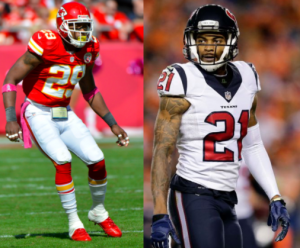 This is the dream scenario, but you can’t argue that it would be the absolute best case. With this, the Bears would bolster both the safety and corner positions for years to come.
Berry is one of the best in the game at the position and Bouye became a shutdown corner last season. The two combined for six turnovers last season and are the playmakers the Bears desperately need in the secondary.
This option would come with a hefty price tag, but the reward would be bountiful. 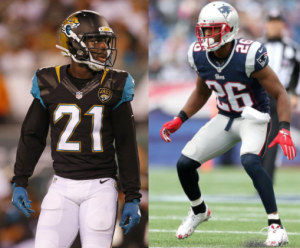 This “double-dip” closely resembles the one from a year ago. Like Trevathan, Ryan is the young player fresh off a Super Bowl victory whose best years could be ahead of him. He can become Chicago’s No. 1 corner.
Amukamara is the established veteran that had a solid season and would be a great fit on the outside, which would allow Bryce Callahan or Cre’Von Leblanc to primarily line up inside, which is where they excel.
If Pace wanted to bring in two corners, this would be a fine option. 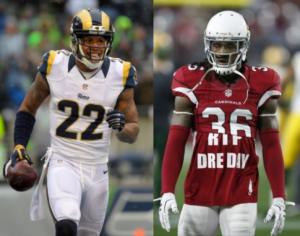 If the Bears still plan on starting Tracy Porter, Johnson would be a good pickup to play alongside him. He has good size (6’2) and has good cover traits, but has been unable to be consistent, especially with his tackling. Only being 27 years old, he has a few years left in his prime.
Although most would prefer his counterpart (Tony Jefferson), Swearinger would be a better fit in Chicago as he’s much better in coverage. He was PFF’s fifth-best cover safety (84.8) which was better than Seattle’s Kam Chancellor. The only worry is that he could be a one-year wonder in Arizona’s defense after struggling in his time in Houston.
This would be a quality option for Pace that could provide a lot of value as these two won’t rake in the biggest contracts in free agency at their positions.

Note: These are just examples of some possible scenarios. Any combination of these players, or with players not mentioned on the list, would still be a satisfactory decision for Pace.