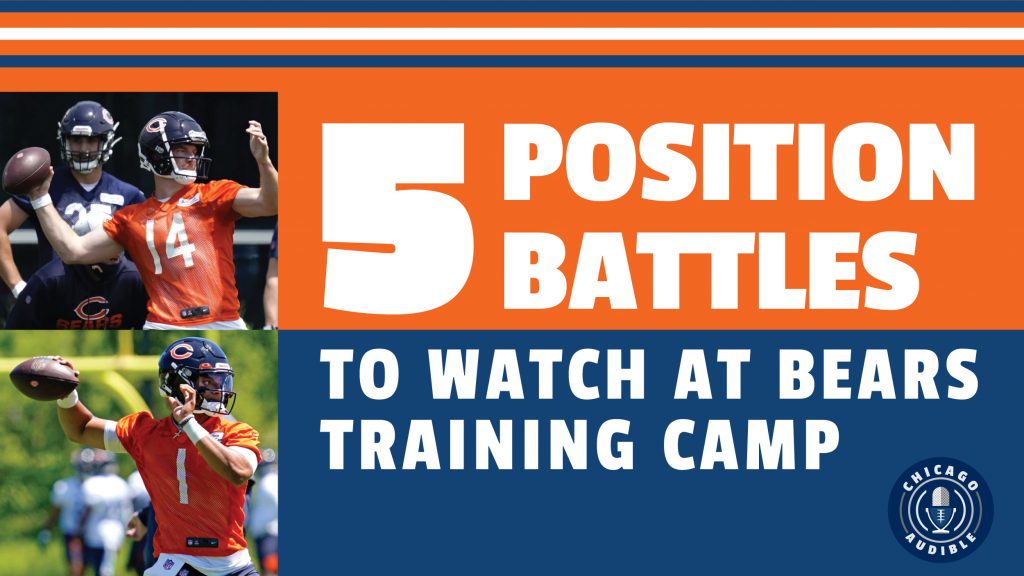 To start things off, it’s been a while since I last wrote an article for The Chicago Audible. A little over two months.

But now that I have officially completed grad school, I can get back to writing as I continue looking for a sports reporting job. (If you know of any places, let me know.)

And it makes sense to look towards training camp, which will take place at Halas Hall in Lake Forest with limited fans in attendance. The dates haven’t been announced yet, but in 2019 — a normal season by many standards — Bears training camp took place from July 25 – Aug.11.

While we wait for the official announcement, here are the position battles I’m most interested in watching at training camp. 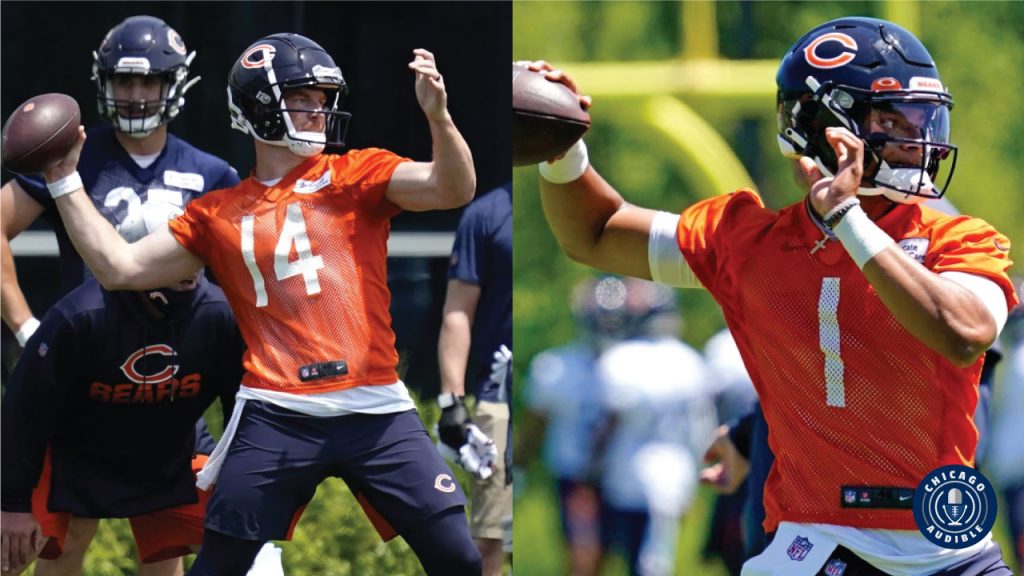 This is the obvious one. From the Bears’ coaches to the players to the media to the fans, everyone will be keying in on the quarterbacks. Honestly, what else is new?

But this training camp should look somewhat similar to 2017’s in terms of how the practice reps are split. At the time, the Bears had No. 2 overall pick Mitchell Trubisky, Mike Glennon and Mark Sanchez on the roster.

Four years later, Andy Dalton — who is entering Year 11 — and No. 11 overall pick Justin Fields are the quarterbacks who will be taking the majority of the reps at Halas Hall. Nick Foles will get some looks, too.

Dalton should work exclusively with the starting unit while Fields gets reps with the second team. But I’m sure Fields will get his opportunities with the starters as well.

For Dalton, I’m curious to see how comfortable he looks operating the offense. The veteran quarterback does have familiarity with Bears offensive coordinator Bill Lazor, who was with Dalton for three seasons at Cincinnati, but it’s still a new scheme.

And for Fields, I want to see how he challenges the Bears’ starting defense. Especially with those intermediate to deep throws. I’m anticipating that coach Matt Nagy will ask both quarterbacks to throw more of those types of passes in this training camp.

With the Bears’ commitment to Dalton as the starter, it’s unlikely Fields can win the starting job in July and Aug., but a strong showing at training camp and the preseason should make it difficult for Nagy to keep Fields on the sidelines. 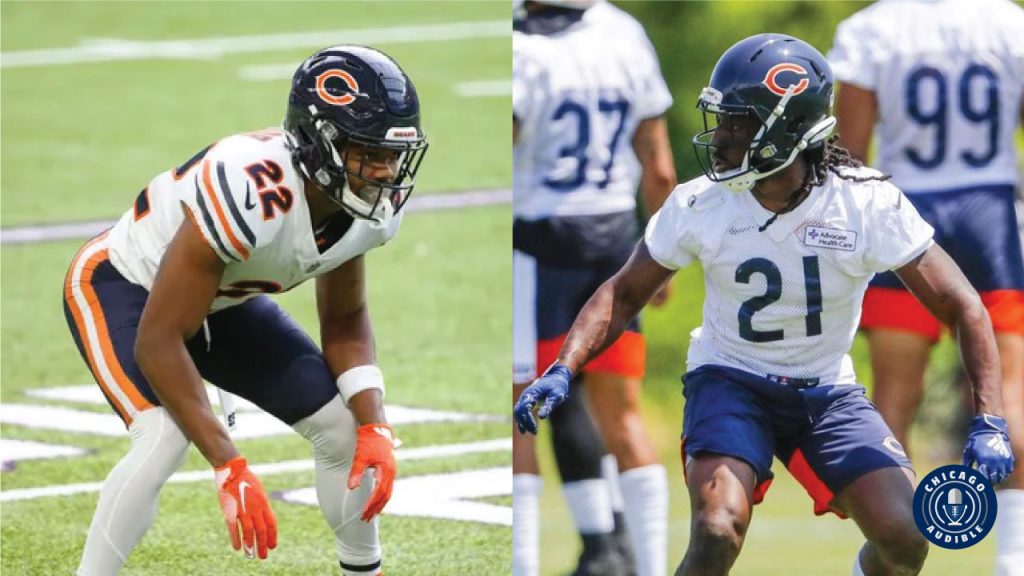 Unlike quarterback, the cornerback position opposite of Jaylon Johnson is open.

According to Adam Jahns of The Athletic, the latter may have the advantage.

“I actually think Vildor might actually have the lead going into training camp,” Jahns said on the Hoge and Jahns podcast. “I wouldn’t be surprised if Vildor is out there with the starters to start training camp come late July.”

Trufant signed a one-year, $1.075 million deal, which doesn’t make him an automatic starter by any means. And the former Lions’ cornerback is coming off a hamstring injury that limited him to just six games last season.

Vildor also didn’t play much in 2020. According to Pro Football Focus, Vildor played just 209 defensive snaps during his rookie season, with a majority of them happening after Johnson went down with a shoulder injury in Week 14.

#Bears CB @ThePremier20 will be competing with Desmond Trufant for the starting outside cornerback spot opposite of Jaylon Johnson. Video credit to Vildor's Instagram page. pic.twitter.com/0n07S7mNzM

This isn’t the only way to evaluate defensive backs, but I will be focusing on how Vildor and Trufant do in one-on-one drills throughout training camp.

Whoever is the most consistent, plays the tightest coverage and best illustrates they can handle their responsibilities within first-year defensive coordinator Sean Desai’s defense, will be the Week 1 starter. 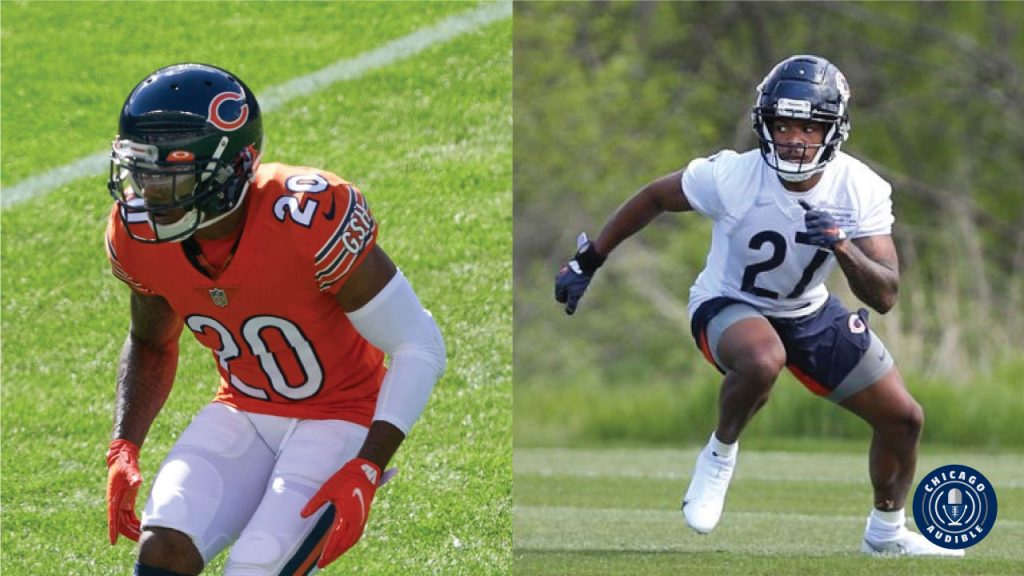 Next we go from outside cornerback to the nickel position. Duke Shelley, who is entering Year 3, and rookie Thomas Graham Jr. should be a good position battle to watch throughout training camp.

As it stands today, Shelley has the upper hand on Graham.

“The favorite everybody is Duke Shelley — the sixth-round pick from a couple years ago,” Jahns said on the Hoge and Jahns podcast. “He was out there working with the starters during rookie minicamp. I know Thomas Graham, the rookie this year, is expected to push him, but during veteran minicamp Duke Shelley was your leader.”

Shelley has two years of NFL experience under his belt, so this shouldn’t be too surprising. The 5-foot-8, 183-pound nickelback also had some nice plays in limited playing time last season. Like this pass breakup on 6-foot-5, 246-pound tight end Jared Cook in the wild-card game against the Saints.

Get that hand in there Duke Shelley! pic.twitter.com/BbYrN1Pfii

Graham also had a knack for breaking up passes. In three seasons at Oregon, Graham had 32 pass breakups. And even though he opted out of the 2020 college season, the 5-foot-11, 196-pound corner proved at the 2021 Reese’s Senior Bowl that he could compete with some of the top seniors in the country.

Both these guys are undersized, sixth-round picks and play with a lot of confidence. I’m looking forward to seeing them compete against the wide receivers, specifically when Shelley and Graham have to go up against bigger offensive players in the red zone.

And as nickel corners there can’t be any wasted movements, so seeing how they can come out of their backpedals and break on routes will be crucial to whoever wins the starting job. 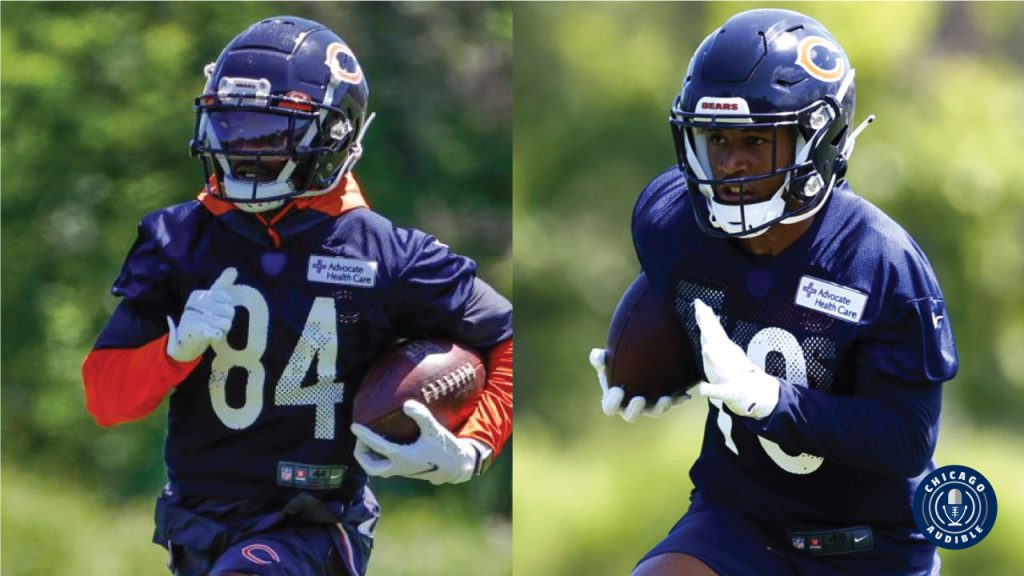 Here we have a battle of newcomers most likely fighting for one roster spot. Marquise Goodwin and Damiere Byrd would both be “Z” receivers in Nagy’s offense.

So, the two veterans will be competing to backup Darnell Mooney, who currently fills that role for the offense.

On the Countdown to Camp Wide Receiver episode, I picked Goodwin to make the final roster. But training camp will be a good indicator in the direction the team ultimately decides to go with.

The player whose names comes up the most for these questions could be the one who makes the team:

Last season, the Bears signed veteran receiver Ted Ginn Jr. to fill the “Z” spot, but the team released Ginn prior to the Week 9 matchup against the Tennessee Titans. 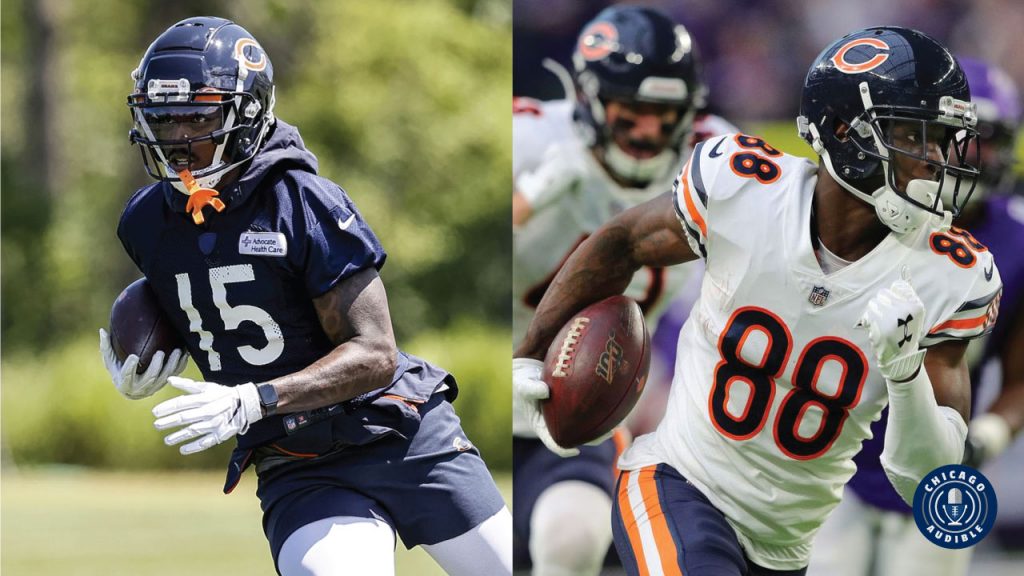 At this point, Javon Wims and Riley Ridley fighting for a roster spot is becoming old news. It’s most likely coming to an end for both of these former Georgia Bulldogs, anyway.

Wims may have the advantage between the two because he plays primarily as the “X” receiver, which would back up Allen Robinson. He also has played more on special teams, 60 snaps compared to Ridley’s 11 last season.

But Wims’ days as a Bear could be numbered, especially after punching Saints cornerback C. J. Gardner-Johnson in the Week 8 matchup and dropping a wide-open touchdown in the wild-card game in New Orleans.

However, Ridley doesn’t seem like a real threat at this point in his career. The former No. 126 pick in the 2019 NFL Draft has played 10 games and has 10 receptions to his name. Luckily for Ridley, he does still have practice squad eligibility.

I’ll be paying attention to how many reps each player is getting on offense throughout camp and if both are utilized more on special teams.

Have you missed an episode of our annual summer positional preview series “Countdown to Camp?”

Get ready for Bears Camp by listening to our in-depth podcast episodes that break down every position on the team.

Previous Post: « [565] Countdown to Camp 2021: Chicago Bears Special Teams Preview
Next Post: Chicago Bears Records That Could be in Jeopardy With Addition of 17th Regular-Season Game »