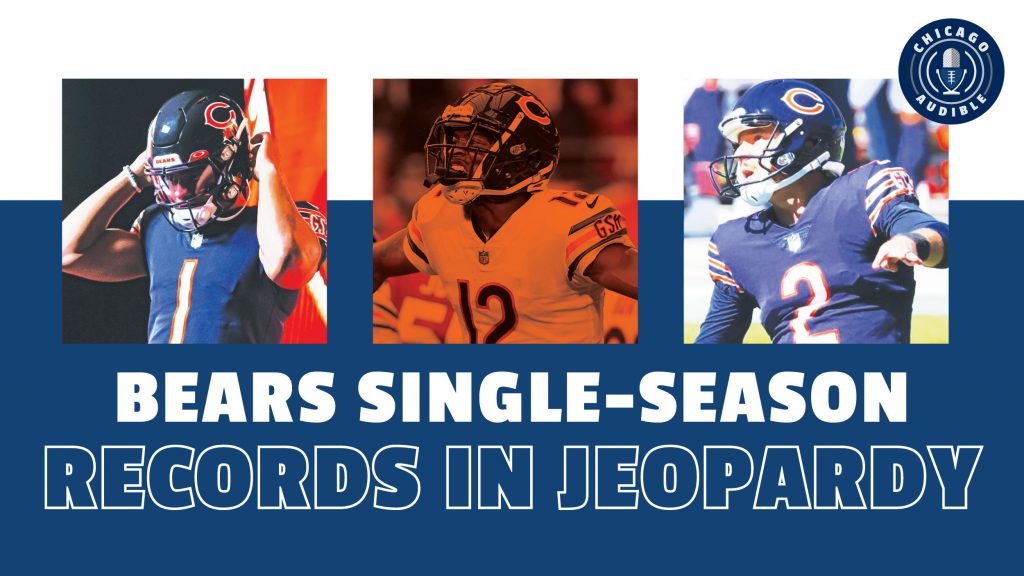 Among the effects of the NFL extending its regular season to 17 games is the likelihood that certain single-season records for franchises around the league may now be in jeopardy.

The Chicago Bears are no exception to this.

No, this move doesn’t put some of the franchise’s near unbreakable records at risk. Don’t sweat over Walter Payton’s 1,852 rushing yards in 1977 or Gale Sayers’ 2,440 all-purpose yards in 1966 being surpassed. It’s unlikely anyone forces more fumbles than Charles Tillman did in 2012 (10) or intercepts more passes than Mark Carrier in 1990 (also 10). Not even Khalil Mack is likely to break Richard Dent’s 17.5-sack team record, which was set in 1984.

But there are certainly more attainable records that could be going down this upcoming season.

Here are the Bears’ single-season records that could be broken in 2021 with the addition of an extra game to every team’s schedule.

The Bears have never had a 4,000-yard or 30-touchdown passer in a single season — the only team in the league who can say that.

Erik Kramer came closest to hitting both milestones with his 3,838-yard, 29-touchdown season with Chicago in 1995. Twenty-two passers averaged more than 225.8 yards per game last season, the mark it would take to surpass Kramer’s total across a 17-game season. Maybe a 17-game regular season will be enough for a Bears signal caller to exceed that record this year.

The only thing standing in the way might be a potential time split at the quarterback position.

The Bears selected Ohio State quarterback Justin Fields with the No. 11 overall pick in this year’s draft. But the team also brought in veteran Andy Dalton, entering his 11th season in the league. Dalton, who has started 142 games in the NFL, has been referred to as the starter by head coach Matt Nagy throughout the offseason. But with a strong training camp and preseason, Fields could potentially earn the top spot on the depth chart by Week 1.

“With the Bears’ commitment to Dalton as the starter, it’s unlikely Fields can win the starting job in July and Aug., but a strong showing at training camp and the preseason should make it difficult for Nagy to keep Fields on the sidelines.”

A midseason switch (or an injury) may be the only thing preventing Dalton or, more likely, Fields (even as a rookie) from breaking these relatively low franchise passing records. Even if Fields isn’t the starting quarterback to begin the season, the team’s rookie passing records could still be reachable.

Mitchell Trubisky holds the rookie passing completions (196) and yards (2,193) records from his debut campaign (12 starts) in 2017. Kyle Orton holds the franchise’s rookie records for passing attempts (368) and passing touchdowns (nine), the latter of which he shares with Jim McMahon.

Allen Robinson on a record pace?

Can someone get Allen Robinson some quarterback stability?

Because if he gets it — and maybe even if he doesn’t — a franchise record held by another recent standout could be topped.

Despite the Trubisky-Foles drama under center last season, Robinson recorded 102 receptions for 1,250 yards and six touchdowns in 2020. Robinson, playing under the franchise tag this season, could be in contention to exceed those marks with an extra game on the schedule in 2021.

Robinson’s 102 receptions tied Matt Forte for second-most in a single season in team history. Brandon Marshall currently holds the record in that category with 118 receptions in his 2012 All-Pro season. Going off of his 6.38 receptions/game pace from a year ago, Robinson would’ve recorded 108 catches in a 17-game season, approaching Marshall’s record.

With an extra game on the calendar (but maybe the same level of controversy at quarterback?), Robinson could take down Marshall’s record mark this time around.

The Bears finally found their kicker in 2020.

Originally brought in as a backup to Eddy Pineiro, who suffered a groin injury last offseason that kept him out of training camp and into the regular season, Cairo Santos thrived wearing the navy and orange for the Bears last season.

Santos, in his second stint in Chicago, hit 30 of his 32 field goal attempts last season, a performance which earned him a five-year contract extension this offseason.

Robbie Gould holds the franchise record with 33 made field goals in a single season. Kevin Butler’s 144 points from his rookie campaign in 1985 still stands as the Bears’ top single-season mark. Santos’ 30 made field goals last season ranks fifth in franchise history for one season, and his 126 points ranked sixth.

With another sharp, accurate season, Gould and Butler’s records could be knocked down in the record book now that Santos has 17 games to work with. 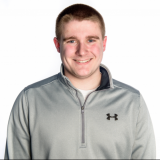 Robert is a writing intern at The Chicago Audible and a life-long Bears fan. He is entering his senior year at the University of Iowa, where he serves as Pregame Editor at The Daily Iowan and leads the paper's coverage of the Hawkeye football team.