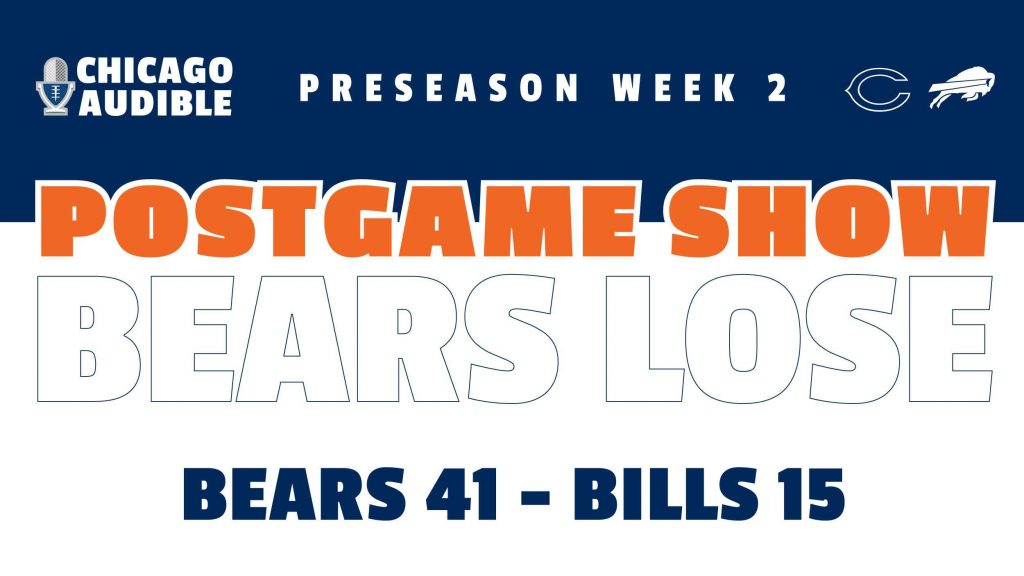 Preseason football can be hard to watch, but the Chicago Bears 15-41 loss to the Buffalo Bills may have taken it to a different level. In this week’s postgame show from Soldier Field, Will DeWitt and Nicholas Moreano share their top takeaways from the Bears’ second preseason game of the season including another tough outing for Andy Dalton, Justin Fields continuing to provide that “spark,” Rodney Adams continuing to stack his resume and make a strong case to make the final roster, the offensive line struggles, Artie Burns and Trevis Gipson continuing to impress, and much more including each of the guys’ biggest concerns on both sides of the ball, Will’s Monster Moment and each of the guys’ MVB’s.