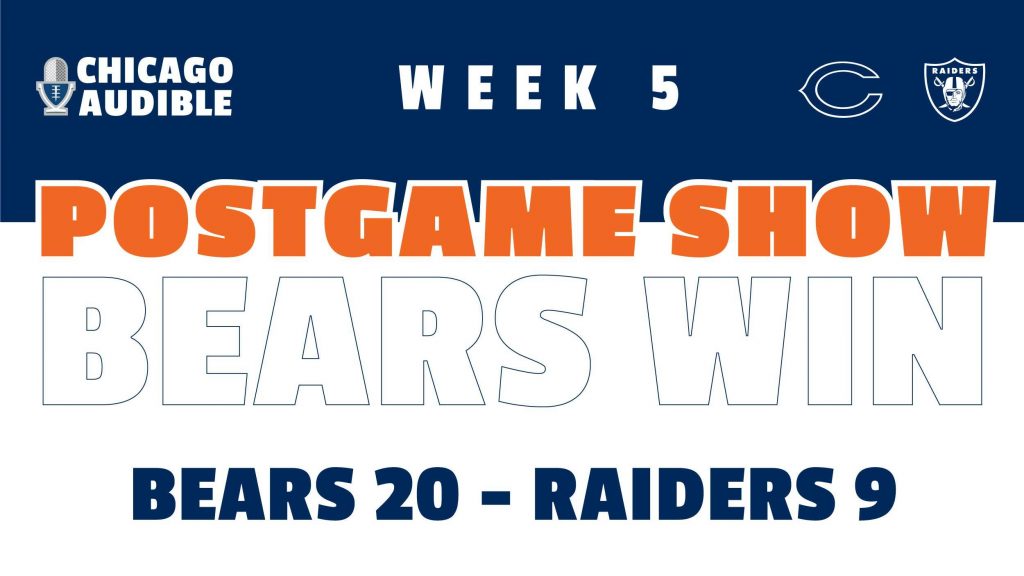 What a win! The Chicago Bears were able to get their first road victory of the season in Las Vegas. In this week’s postgame show, the guys break down the Bears’ 20-9 victory over the Raiders. Listen as they talk about Justin Fields toughing it out, the two-headed monster in the backfield in Damien Williams and Khalil Herbert, why Sean Desai’s defense was able to shut down a high-octane Raiders attack, Khalil Mack finally getting his revenge, the total team effort with plenty of players stepping up, and much more including the Week 5 Monster Moment and each of the guys’ Most Valuable Bears.