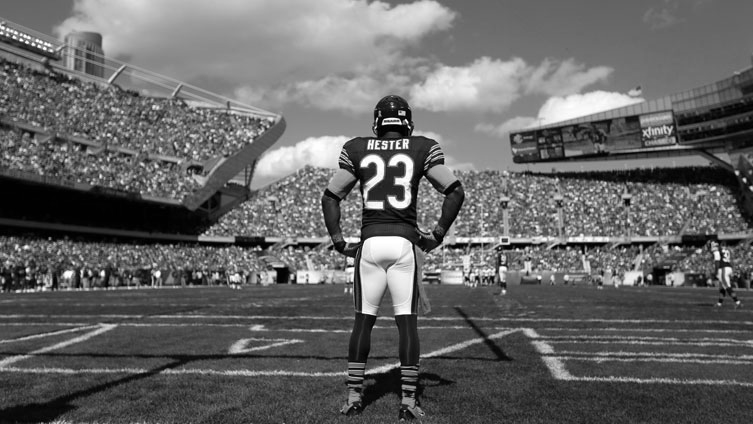 On Tuesday, the Baltimore Ravens waived the greatest return man to ever live, Devin Hester.

Hester stands alone with 20 return touchdowns: 14 have come from punts, five on kickoffs and one from a missed field goal. Of those 20 returns, 19 have come in a Bears uniform.
If Hester doesn’t return to the field this season, in my opinion he will find a new home in Canton.
The Windy City Flyer, which was Hester’s nickname when he was putting fear into the league whenever he got his hands on the ball, had a huge impact on my life. My uncle took me to my first Bears’ game in Soldier Field against the Saints in 2007, where the home team won 33-25.

On that day … I was lucky enough to see one of those 20 returns.

There has never been a player quite as exciting as the four-time Pro Bowler from the University of Miami. I remember holding my breath with anticipation as the opposition lined up to kick or punt the ball away.

You just never knew what Hester was going to do.”

I loved when he would dance to Soulja Boy as he waited for his next opportunity to take a return back to the end zone. He wasn’t worried about the 11 guys coming full-speed looking to deliver a big hit, he was too busy dancing. After watching him even I thought I could do the Soulja Boy dance. Thanks Hester, but I just don’t have any rhythm.

When Hester planted his foot in that thick Soldier Field grass and got past the first wave of defenders, this made 61,500 raging fans rise to their feet and scream with excitement.

After hearing the crowd, Hester would then accelerate up the field with his 4.3 40 speed and outrun the entire team. And of course to cap it all off he would replicate his idol, Deion Sander’s high step as he was approaching the end zone.
I remember when I used to play backyard football with my friends and always high-stepped before I was about to score.
I wanted to be just like Hester.
My favorite all-time moment (and it’s probably a lot of Bears fans moments) of Hester – was when he returned the opening kickoff in the Super Bowl against the Colts back for a touchdown. I remember screaming at the top of my lungs with pure joy when he got tripped up in the end zone.
It made sense why Jeff Joniak, the Bears play-by-play announcer, would always say:

Devin Hester you are ridiculous.”

He really was ridiculous and it would mean the world to me, Bears’ fans and the city of Chicago to have the greatest returner make one last return, to retire a Chicago Bear.

Previous Post: « Nick's Quick Column: Alshon Jeffery Is Back (Can He Redeem Himself?)
Next Post: Four Bears Who Deserved to be 2017 Pro Bowlers »