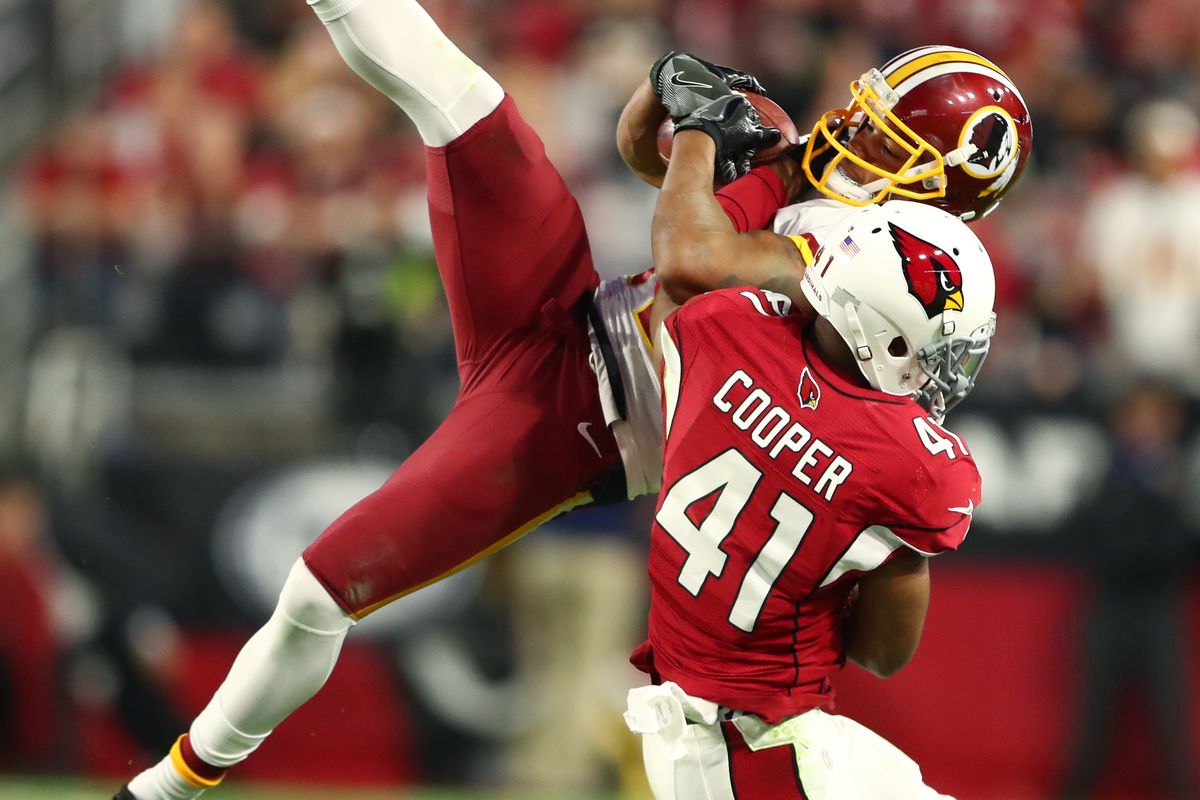 Last Tuesday through Friday, like most of you, I was totally dialed into any and all news regarding the Bears. With the “legal tampering” period kicking off the festivities on Tuesday and free agency officially getting underway on Thursday as we move into the 2017 NFL season, it’s always an exciting time.
This year, I imagined, was going to be especially exciting. After all, when Ryan Pace has spoken recently, he has emphasized the wholesale change we could expect. With early round picks and with him mentioning a cap number that foreshadowed additional movement, I was filled with excitement.
What changes could I expect? What game-changing secondary pieces would be joining the Bears? These questions and more played through my head on a continuous loop. As the “festivities” got underway Tuesday my social media was full of rumors.
I read that game-changer after game-changer was being pursued by the Bears. Additionally, rumors of “diminished interest” in Alshon Jeffery was leading “experts” to believe he could possibly return to the Bears. In fact, my timeline was peppered with reports of positive meetings and growing momentum that he would return.
The ever-growing sentiment was Pace had played his hand perfectly. Sensing less demand, he had opted to let Jeffery gauge his market value, positioning the Bears to swoop in and retain his services. Ryan Pace, wunderkind.
Unless you have been living in a cave you know that this is not how the situation ended up. Two hours prior to pens finally being able to be put to paper, the rumors picked up steam. Minnesota was not in the mix; Philly was making a push.
Like many of you, I got a sickening feeling in my stomach and by 3 p.m. Central, it was all but done. Jeffery would be an Eagle. While I was still trying to grasp this considerable loss, more news started to come in. Stephen Gilmore, who had previously looked like he would be sporting navy and orange this fall, signed with the Patriots. The rich get richer.
One by one, the players whom must of us imagined bolstering our secondary signed deals elsewhere. Somewhere in the chaos of Day 1, it was reported that Cutler was all but gone. Although this was a foregone conclusion for most of us, it’s impact compounded a tumultuous day.
By Tuesday night, people previously were “Team Pace” were now on amazon comparing prices for pitchforks and torches. If you were to boolean search Ryan Pace and expletives on twitter, you would have found more tweets than you had time to read.
I am not going to lie, between Jeffery leaving and every player experts expected the Bears to push for singing elsewhere, I went to sleep feeling sick. I kid you not, I had a nightmare about the Bears. Literally a nightmare. I won’t go into it here but feel free to tweet me if you want details on what transpired.

With most minor tragedies, time heals all.

The next morning, after recovering from my free agency induced night terror, I started to feel slightly better. By the end of the day Saturday, Pace had delivered on his promise. Perhaps it wasn’t in the way most of us imaged but the numbers are what they are, the Bears were big spenders in free agency.
Not in the way most of us imagined but the fact of the matter is the Bears spent north of fifty million in just a few days. When I reflect on Pace’s tenure so far, I am surprised I didn’t see this coming. Pace is pragmatic, disciplined and truly believes in building through the draft.
Pace and company have now signed eight new players. Will any of them end up multi-year starters? Will Mike Glennon exceed all expectations and be the face of the franchise? Will we look back on this free agency period and point to signings that we can identify as turning points?
Those are all great questions and the truth is, nobody knows the answer to any of those yet. However, when you look back on last week, there are two things Pace absolutely accomplished. He created competition at positions of need and he created depth for a team that sorely lacked it.
He also did one more thing that is just as important. By signing the eight players he did, he has given himself the ability to adhere to drafting the best player available come draft time. In a year that is jam packed with talent, Pace will be able to look at his board and execute without a bias created by need.
Over the past few days, I have also read the work of a few analysts who categorize Pace’s work as puzzling. In my opinion, it’s only puzzling if you lack a base understanding of relatively simple math. When you look at the deals, they all end up being pretty team friendly.
Glennon’s deal for all is a one year deal if this year doesn’t work out. With the majority of his guaranteed money coming in year one, Pace has once again given himself flexibility. While most of us were skeptical at best on that signing, his press conference and opinions of people I respect have me willing to go into this season with an open mind when it comes to Glennon. Also, he is better at Halloween than you.
Pace also went out and added players who make our offense faster. He found defensive players who take the ball away and have high upside. Marcus Cooper wrote a letter to you. Well, not just you but all Bears fans on what this opportunity means to him and how he plans on leading. Frankly, if you can read that letter and not want him to be awesome, I urge you to find a new team to support.
So, one week removed from a what I would describe as a roller coaster, I return to my natural state.

I have no idea how next year will turn out or what kind of impact these new Bears will make. I do however know this; you will have a much happier life if you choose to be positive and not dwell on negatives.
I do know that we don’t have a ton of players on our roster who were drafted by us from 2011 through 2014. I also know that rebuilds can take time. Even in today’s “win now” NFL, when you need to completely rebuild a roster, patience is key. I still have faith in Pace. He may not have spent money like some of us may have wanted, however, if you were paying attention it might have been obvious that he was never going to spend the like that.
The one thing that still hurts a bit is Jeffery. While a quarterback carousel, injuries and his PED suspension derailed what was an underwhelming “prove it” year, I still believe in his potential to come up big. It hurt to watch him leave and when I see him on my timeline talking about the future, I still quickly scroll past.
Jeffery is a talent at a position that hasn’t always been a strength for the Bears. He was at times a game changer and other teams had to game plan for him. I also really enjoyed his attitude and what I knew of him as a player. I am sure you all saw the reports of him wanting out of Chicago. I don’t know if that’s true but if that was the case, there isn’t a lot you can do. The fact is you want players who want to be in the building.
Jeffery wrote a piece for the Players Tribune about leaving Chicago. I have “favorited” it on twitter but I haven’t been able to read it yet. I love Players Tribune articles; they are often raw and give you a peek into the lives of athletes. I am sure the piece Jeffery wrote will be a good read, but I am not ready. While I am conflicted about his departure, I still wish him the best. Once a Bear, always a Bear.
So, as we move towards the draft, I feel confident that we are still on following the plan that was laid out to us over two years ago. Sustainable success is built by stacking successful drafts, one after another. Last year was a home run. Here’s to hoping Pace is able to duplicate it. Bear Down!

Did you miss our free agency podcast episodes?