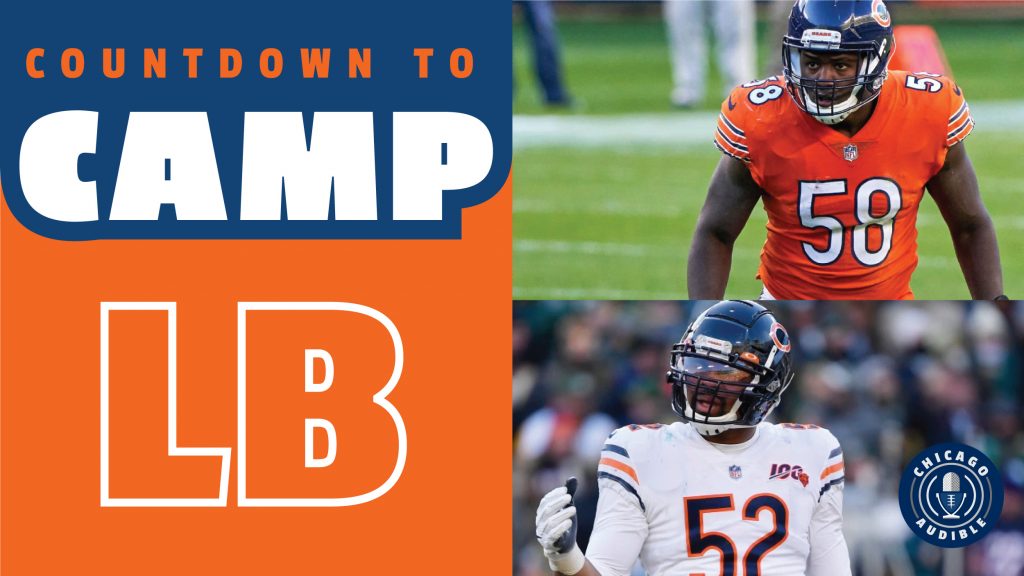 Hope you are ready for a ton of Bears Football talk as the guys break down two different positions on this week’s edition of Countdown to Camp with an in-depth preview of the Bears’ Inside and Outside Linebackers. Listen as the guys discuss how the Bears can get more “production” out of Khalil Mack, the chances of Robert Quinn bouncing back after a dismal debut in Chicago, if Roquan Smith can top last season’s performance, what are proper expectations for Danny Trevathan after his up-and-down year, Christian Jones’ return, if Jeremiah Attaochu is the best OLB3 the team has had in years, and much more including a round of over/under and some season predictions!