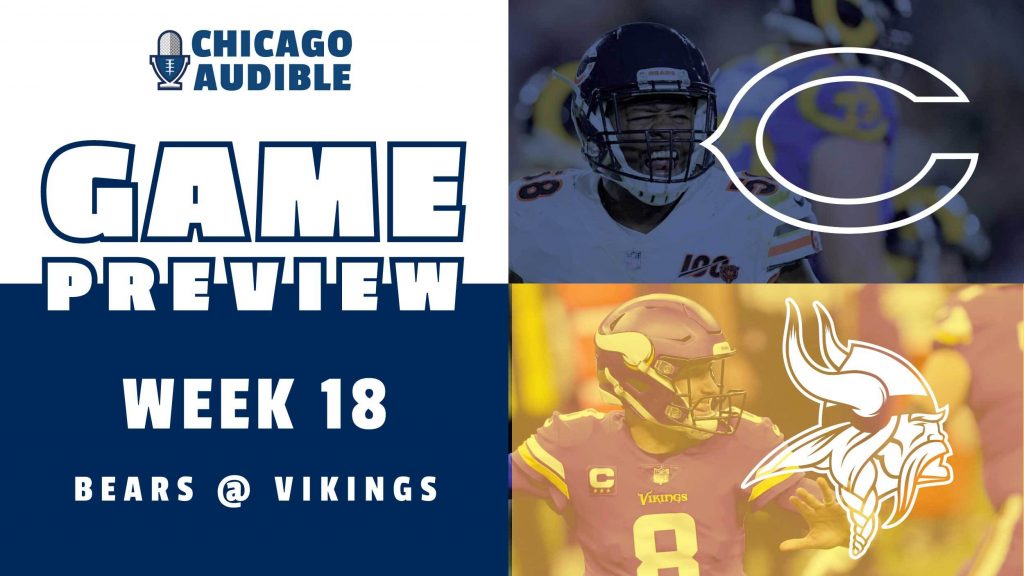 It’s time for our final Chicago Bears game preview of the season. In this episode, the guys take a look at the upcoming Bears’ Season Finale and reportedly the final game of Matt Nagy’s tenure. Take a listen as Will DeWitt, Nicholas Moreano and Mason West give you one last in-depth preview show of the season. The guys handout their final bold predictions, highlight certain players they are interested in watching and make their last game picks.

make sure to pick up some great plant-based products from OWYN, and use the code TCA20 to get 20% off your first purchase. And don’t forget that you can win an autographed Justin Fields jersey, cleats or football with the awesome contest that OWYN has going on right now. You can enter here for the contest.