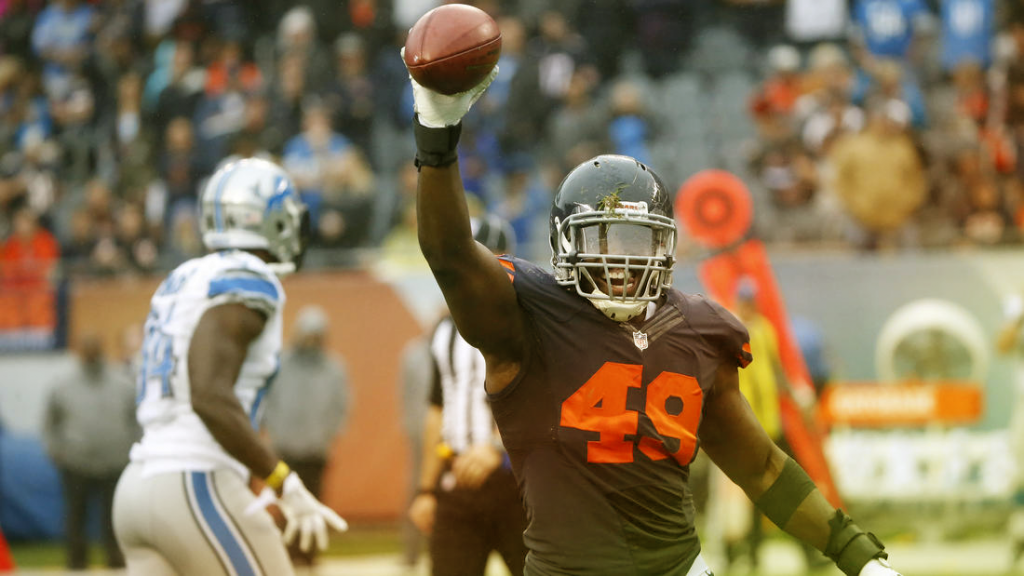 The Bears are sitting at 2-6, last in the NFC North and 15th in the NFC – only one game ahead of the 49ers (1-7). There is no way the Bears can make the playoffs, right?
The answer to that question is… no. While their chances are slim, the Bears can make a push towards the playoffs.
To many outsiders looking in at the Bears, the team has already been scratched off the list of possible teams that can extend their season into the later part of January.
Don’t scratch off the Bears just yet.
Let’s go back a season to the 2015 Kansas City Chiefs. The Chiefs won their first game, but then went on a five-game losing streak. One of those five losses coming from the Bears.
The Chiefs could have kicked the bucket after six games into the season, but they didn’t.
Amazingly, the Chiefs went on to win the next 10 games and earned themselves a playoff spot. In the playoffs, the resurging Chiefs manhandled the Texans, led by Brian Hoyer at the time, 30-0. But, lost in the following week, in a close game to the Patriots, 27-20.
In 2015, every single opponent after the Chiefs bye in week nine were conference opponents. The Chiefs ran the table and earned themselves a wild card spot.
The Bears just had their bye in Week 9 and seven out of the eight remaining teams are within the conference. Those remaining opponents are the: Buccaneers, Giants, Titans, 49ers, Lions, Packers, Redskins and Vikings.
These are all winnable games for the Bears and the team will be at its healthiest since the season opener against the Texans. If no setbacks happen during the week, the Bears should have Eddie Goldman, Kyle Long, Josh Sitton, Eddie Royal and Marquess Wilson return against the Buccaneers.
But, the Bears aren’t going to get into the playoffs by getting the wildcard. Looking at the standings in the NFC, the Giants (5-3), Saints (4-4), Redskins (4-3) and Lions (5-4) are all going to be competing for those two wildcard spots.

That only means one thing – the Bears must win the division.

Some of you may be thinking, the Bears haven’t clinched the NFC North since 2011. That’s when the Bears made it all the way to the NFC Championship and we all know how that turned out.
But, the NFC North is wide open and begging for someone to take control.
Currently the Vikings (5-3) are atop the division, but they have lost three straight and cannot find any offense to save their lives. Minnesota’s defense definitely isn’t as dominate as it was in the first five weeks and injuries have taken their toll. This team isn’t capable of playing from behind, so when the Vikings get down – you can basically say game over.
The Lions were the last team to defeat the Vikings, in a thrilling overtime finish. But, they were also shut down by the Bears, and Hoyer was the quarterback. The Lions also still have to face the Saints, Giants, Cowboys, Bears and Packers. It is not an easy schedule for a team that has been inconsistent up to this point in the season.
Then there are the Packers (4-4), who haven’t been themselves, especially on the offensive side of the ball. Aaron Rodgers’ receivers aren’t getting open like they used to and after the 31-26 loss to the Colts in Lambeau Field, Rodgers said the squirrel that made its way onto the field was more exciting than the team. To add to the lack of excitement for the Packers, five of their last eight games are on the road and they still have to face the Redskins, Eagles, Texans and Seahawks.
If the Bears play with the intensity and passion that they did against the Vikings, they have a real chance of turning their season around. The Bears have the easiest schedule remaining out of the four teams, are getting healthy at the right time and the team believes they can make a second-half run.

“We definitely feel like we can keep competing, and we can make the playoffs if we just win out the rest of our games,” Jordan Howard said on NFL Network. “We feel like we can compete with anyone in the league.”