Watching Alshon Jeffery haul in two touchdown passes in the NFC Championship Game was a reminder of the talent the Bears lost in free agency last year.
Many were critical of Ryan Pace and the Bears for letting Jeffery walk as an unrestricted free agent. Now that Jeffery is part of a Super Bowl-bound Philadelphia Eagles team, many are rehashing their frustration with losing the former Pro Bowl wide receiver, and there is criticism of Pace for not replacing him, which, of course, is much easier said than done for a player of that caliber.
Looking back at the state of the Bears a year ago, it is hard to fault Pace for letting Jeffery go. The Bears had tried numerous times to negotiate a long-term deal with him without success. In 2016, Jeffery played under the franchise tag for roughly $14 million. The franchise tag was an option again for 2017, which would have cost the Bears roughly $17 million.
Jeffery is certainly a game-changing playmaker on the field. His greatest flaw in Chicago was his availability. A phenomenal talent, Jeffery spent far too much time on the injury report with various soft tissue injuries for the Bears to justify a guaranteed $17 million.
A more important factor in the departure of Jeffery is that free agency is a two-way street, and he never seemed to indicate that he wanted to be in Chicago long term.
And who could blame him?

The Bears were moving on from Jay Cutler and their quarterback situation was a huge question mark at the start of the 2017 offseason. John Fox was entering the year already on the hot seat, and the Bears had major holes on both sides of the ball.
It’s safe to say the Bears were certainly not the most enticing destination.

This time around things appear to be different.

The Bears have addressed their quarterback issue by trading up in last year’s NFL Draft to select Mitchell Trubisky, and there is widespread belief that Trubisky has what it takes to be a franchise quarterback.
The offense is also entering uncharted territory for this franchise with a modern, innovative coaching staff led by head coach Matt Nagy and offensive coordinator Mark Helfrich. Nagy comes with the glowing endorsement of Andy Reid, who is one of the most highly respected NFL coaches in recent memory.
Having both a franchise quarterback and a brilliant offensive mind in place should make Chicago an attractive destination for free agents, especially for offensive players.
The same can easily be said on defense, as the Bears are coming off a season in which the defense ranked in the top 10 in both yardage and points allowed. One of Nagy’s biggest moves upon becoming head coach was retaining defensive coordinator Vic Fangio, who defensive players rave about as one of the best in the business.
The Bears possess a good defense that is two or three pieces away from becoming a great defense.
The product on the field and the necessary changes to the coaching staff make the Bears an enticing option for upcoming free agents.
While all of this is beneficial, it would be foolish to think that the single greatest determining factor in free agency isn’t the money. Fortunately, this also bodes well for Chicago, as the Bears will have a generous amount of cap space to offer their targets come March.
It isn’t often that a team coming off four consecutive double-digit loss seasons makes for an appealing destination for free agents. The Bears, however, might just be the exception to that rule.
Pace has shown a knack for drafting impact players during his tenure with the Bears. Free agency has been a different story.
But again, free agency is a two-way street and the Bears seem to be in a position that will steer more players toward Chicago than in years past. 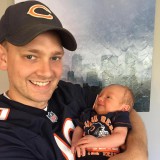