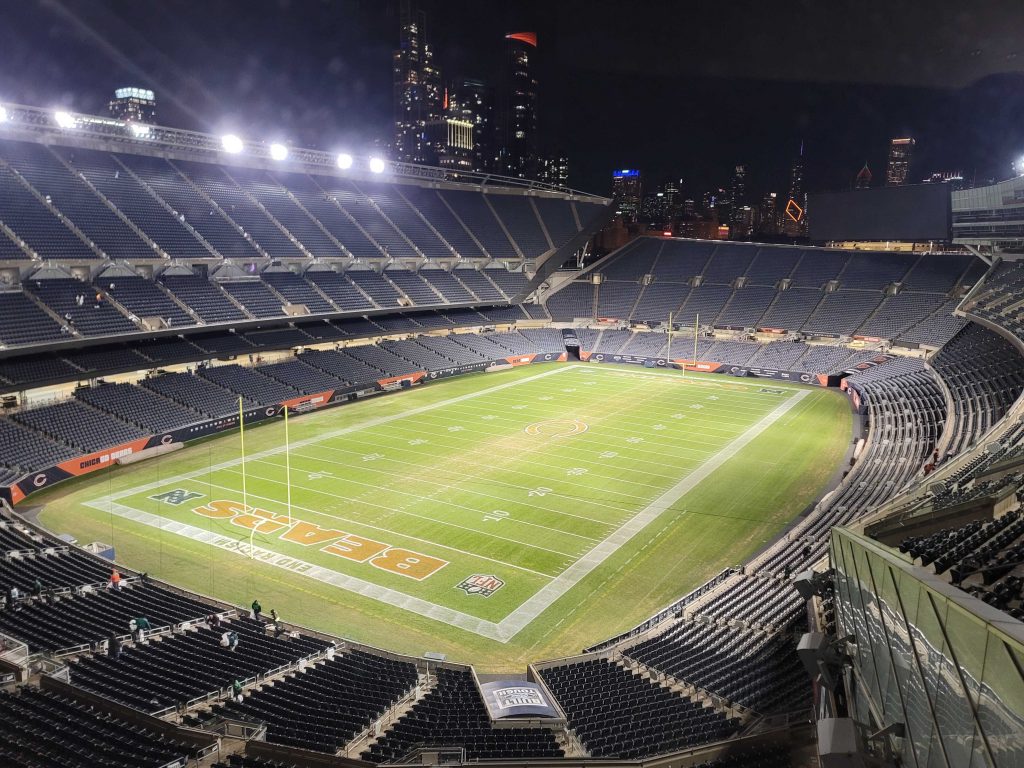 The Bears’ defense had the 49ers right where they wanted them. San Francisco faced a third-and-19 from its own 16 midway through the third quarter.

A clear advantage for any defense in the league.

But in front of Samuel were six 49ers — all in position to make blocks. Samuel accelerated and ran past Chicago’s defense for 83 yards. Three plays later Garoppolo scored on a 2-yard run.

The entire game the Bears gave up big plays and it was too much for the team to overcome, as the Bears dropped their third game in a row, with the 33-22 loss at Soldier Field.

Special teams coordinator Chris Tabor — who filled in for Matt Nagy as acting head coach today — was asked about how deflating the 83-yard reception was.

“On the screen play right there? Yeah, no, that hurt. That did,” Tabor said. “That was a great play by them. You get them in third-and-20 and you always think that you’re going to get off the field and set yourself up possibly for a short field situation, and it didn’t happen. …”

It sure didn’t happen, and there were plenty of other times when the defense couldn’t get the job done.

After kicker Cairo Santos converted on a 40-yard field goal to give the Bears a 13-6 lead, the 49ers got the ball back on their own 25 with 1:15 left before half time. Thanks to a 50-yard pass from Garoppolo to Samuel, the 49ers marched down the field and scored a field goal before the half ended.

On the day, the Bears’ defense gave up 467 yards of total offense, allowed the 49ers to create 11 explosive plays (five passing and six rushing), didn’t force one punt and for the second straight game didn’t record a single sack.

“It’s very disappointing, knowing the way ‘the O’ played today and the way we did not play today and just knowing after halftime, even then, it just sucks,” Bears linebacker Roquan Smith said. “It’s not the standard. There is not much else to be said about it, besides it sucks and we have to do better. We have to.”

Along with the defense’s sackless streak, the unit has also allowed over 100 yards rushing in three-straight games. San Francisco finished with 145 rushing yards and running back Elijah Mitchell had 137 yards on 18 carries (7.6 yard average) and added a rushing touchdown.

On Mitchell’s touchdown run early in the fourth quarter, he was hit initially five yards from the goal line, but Mitchell kept his legs moving and the rest of the 49ers never quit and pushed him into the end zone.

EVERYONE pushed Elijah Mitchell in to the go-ahead TD 😂

During Friday’s Zoom press conferences, Akiem Hicks said “stopping the run is all mentality” and that a team “has to want it more than that guy does.”

Clearly, the defense didn’t want it.

Garoppolo also contributed to the 49ers’ rushing attack. He came into today’s contest with only three rushing touchdowns in 53 games, but added two more to his total against Chicago. After Garoppolo’s second rushing touchdown late in the fourth quarter, the Arlington Heights native heaved the ball into the lower level stands.

Smith couldn’t pinpoint why the Bears have struggled stopping the run lately.

“I’m not quite sure, honestly,” Smith said. “The guys ran the ball in the second half. They got some yards on some plays, and got out on the edges, and things like that. Every man has to look at themselves in the mirror, like I said before, including myself. We just have to all get better. It comes down to each and every individual doing their job on every given play.”

Even though the Bears didn’t have Khalil Mack in this game, that doesn’t mean it’s an excuse to get gashed on the ground.

And what makes matters worse is that quarterback Justin Fields did everything he could to help the Bears win — throwing for 175 yards and rushing for 103 more yards, but the defense continuously failed to help out the rookie.

It seems that after each week, the Bears add another problem to their list of issues. And with the current trajectory this team is on, there is no telling when or if things will get any better.