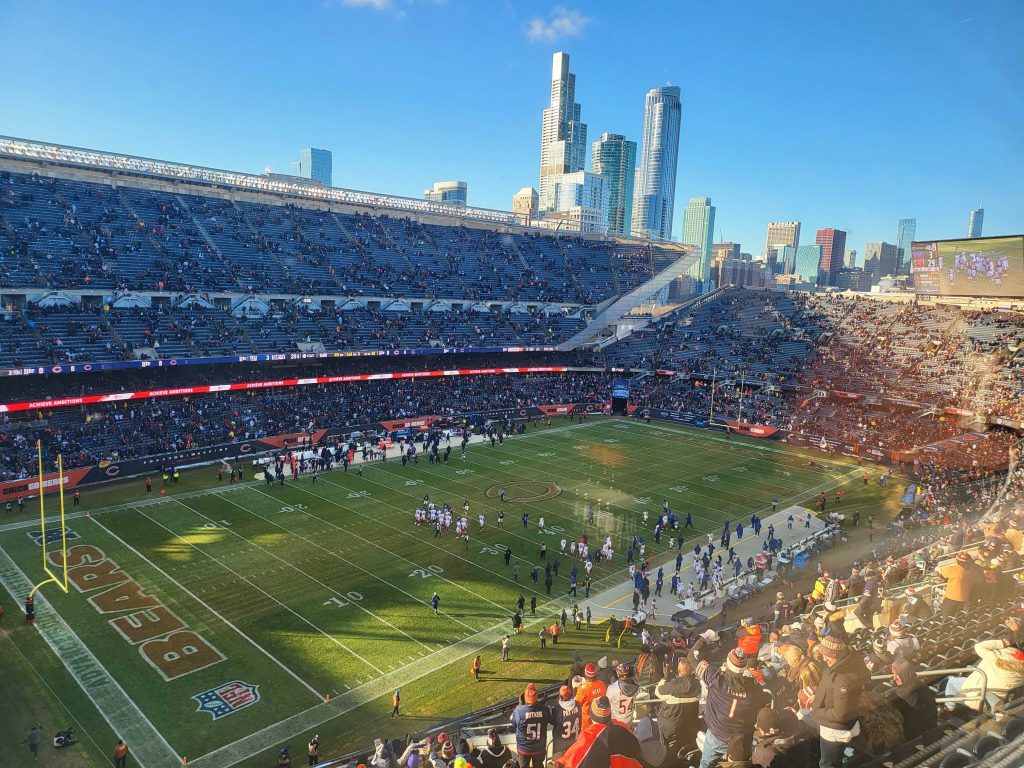 It took eight seconds for the Bears to create the first impact play of the game.

Giants quarterback Mike Glennon lined up in the shotgun on first-and-10 from the 25. He got the snap and looked left, waiting for one of his receivers to get open. To Glennon’s right, Trevis Gipson came unblocked and leveled him, dislodging the football. Bilal Nichols recovered the ball and returned it to the Giants’ 2.

The Bears then lined up defensive tackle Khyiris Tonga at fullback, and David Montgomery scored on his two-yard run.

And as the saying goes, turnovers come in bunches. The Bears (6-10) finished with four total turnovers in their 29-3 victory over the Giants (4-12) at Soldier Field.

Just a little over three minutes later after Gipson’s strip-sack, the Bears’ defense was back at it again. On third-and-2, Glennon was intercepted by Tashaun Gipson over the middle of the field.

The Bears capitalized on the Giants’ mistake with a 7-play, 24-yard drive that featured a Darnell Mooney touchdown reception on fourth down from the 2-yard line.

“The defense, just look at everything that happened today, given a short field multiple times and for us to take advantage and score touchdowns, get up 14-0 was big,” quarterback Andy Dalton said. “They didn’t let up all day. Our defense played unbelievable today.”

In Dalton’s first game action since the Dec. 5 loss to the Cardinals, he completed 18 passes for 173 yards. He threw a touchdown and an interception.

After Tashaun’s interception, the defense then forced punts on consecutive drives. Finally, with under 8 minutes left in the second quarter, New York finally scored its first and only points of the day. It took a 10-play, 35-yard drive that ended in a Graham Gano field goal to do so.

The Bears responded, though, with a Cairo Santos field goal to make it a 17-3 game. But, again, Chicago’s defense wasn’t done wreaking havoc on the Giants. Following the field goal, wide receiver Pharoh Cooper misplayed the ensuing kickoff, forcing the Giants to take over at their own 5.

Eddie Jackson and Eddie Goldman tackled Devontae Booker for a 3-yard loss on first down. Jackson did knock out the ball, but the refs called the play dead when Booker’s forward momentum was stopped.

Even though the refs took a turnover away, the Giants had a false start on the next play. Then Angelo Blackson tackled Booker in the end zone for a safety.

On the Bears’ first possession of the third quarter, Chicago scored the only points of the half. The Bears marched 75 yards in 11 plays and ended with Montgomery’s second touchdown of the day with his 2-yard run to make it 29-3, with 9:30 left in the third quarter. Montgomery ended with 64 yards on 22 carries.

Two defensive possessions later, Trevis added another strip-sack to his stat sheet for the day. This time on a third-and-4 from the Bears 37. Tonga recovered the ball.

“That’s what the defense is about, we want to be about turnovers and get the ball back to our offense as fast as possible …,” Trevis said. “It’s just fun, man. It’s an amazing game.”

The Giants finished with -10 passing yards and went 1 of 11 on third down. It seemed like every member of this Bears defense made a big play on the 20-degree day. But throughout the course of the game, Robert Quinn kept hearing about the single-season sack record from his teammates. Quinn just needed one to eclipse Den’t 17.5.

Then with 8:34 remaining in the game, it happened. Quinn beat left tackle Andrew Thomas around the edge and stripped Glennon to give him 100 career sacks and 18 sacks on the season.

“At the end of the day I was just trying to get off on the ball as fast as I can like any pass rusher want to,” Quinn said. “Well I had that one good jump and I knew I had the corner. The quarterback was still there, secondary had their mans, their guys on lock, and I was able to, I guess, make history. Thank you to everyone on defense that was out there with me to allow that to happen.”

Deon Bush had the defense’s final turnover for the Bears, when he intercepted Glennon with just under four minutes left in the game.

The victory at Soldier Field gave Chicago its first two-game win streak since defeating Detroit and Las Vegas in Weeks 4-5. And now the Bears will end their 2021 season on the road against the Vikings, which realistically could be Nagy’s last game as the Bears coach.