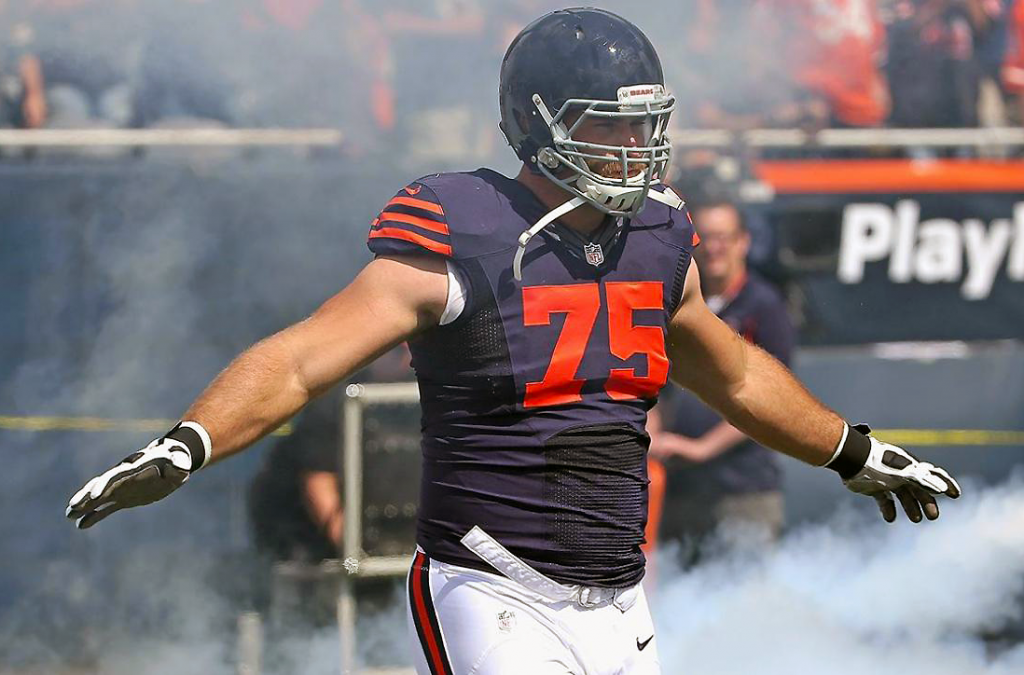 I am not going to spend any time throughout this post sugarcoating what has been an underwhelming Bears season thus far.
Like most of you, I spent Sunday on the edge of my couch, swearing at a TV. At the end of the broadcast, my beloved Bears fell to 2-7. The next day, the football gods decided to punish us all further by letting us know that one of our best offensive weapons was going to be sidelined four games for using a banned substance. When it rains it pours.
The Bears were dealt an additional blow with the news that Kyle Long was out for the rest of the year. Another setback to an offense that has been a bit of a roller coaster all year long. Another devastating injury dealt to a team that has struggled with them all year long.
It is a common saying that you never really appreciate something until it’s gone. That you don’t know what you have until it’s what you had.
As I was hanging up shirts today, I looked at my Bears jerseys: 54, Urlacher. 55, Briggs. 15, Marshall. It seems like not that long ago I was watching Urlacher fly sideline to sideline, Briggs blowing running backs up, and Brandon Marshall giving a stiff arm to a Packers defender before turning the corner and reaching the end zone.

Those were good times and all of those memories are ours forever as Bears fans.

So, to break pattern I wanted to take a minute to appreciate Kyle Long.
Sunday was a tough game but there were several highlights for me. Cameron Meredith’s fluke Hail Mary reception. Pernell McPhee being Pernell McPhee. Leonard Floyd continuing to grow into a difference maker. But perhaps my favorite moment was seeing Kyle Long yell “Let’s F###ing GO!!!” as he was carted off the field.

Kyle Long is everything I want in a Chicago Bear.

He is passionate about his sport and the Chicago Bears. He always has his teammates’ backs and has been a top performer since the day he was drafted. Long persevered by playing with an injured labrum, but you have not heard him complain once. He fights through the pain … and performs.
Not only is he a tremendous asset to my favorite team in the world but he also has a Chicago-sized personality. He is one of the best follows on Twitter, frequently interacts with his fans and he is quite funny. He also doesn’t get into trouble off the field and has been involved in his brother’s cause of bringing water to communities in Africa.

I know Chicago fans can be hard to deal with at times, but we appreciate you. If you need surgery, get it done and heal up. Thank you for being an awesome Bear and a fan favorite. We can’t wait to see you on the field in 2017.
To my fellow Bears, make sure to smell the 2016 roses. It has been a rough stretch but I believe the ship is pointed in the right direction. Enjoy the development of Floyd, Whitehair, Howard, Meredith and Amos and have trust in the man upstairs.
By that, I mean Ryan Pace. Bear Down!
**Editor’s Note: Kyle Long is everything and more when it comes to what a Chicago Bear should embody. He is the lifeblood of the team. If you want proof, keep a keen eye on the sidelines for the remainder of the season. I’m sure you will see a very vocal Kyle that’s cheering (and perhaps coaching) his teammates. All of this time off the field will surely fuel his already passionate fire, and he’s going to play hungrier in 2017 than he ever has.**

Previous Post: « It's official, the Bears franchise is currently in a state of crisis
Next Post: Nick's Quick Column: Bears have more bark than bite in latest loss »