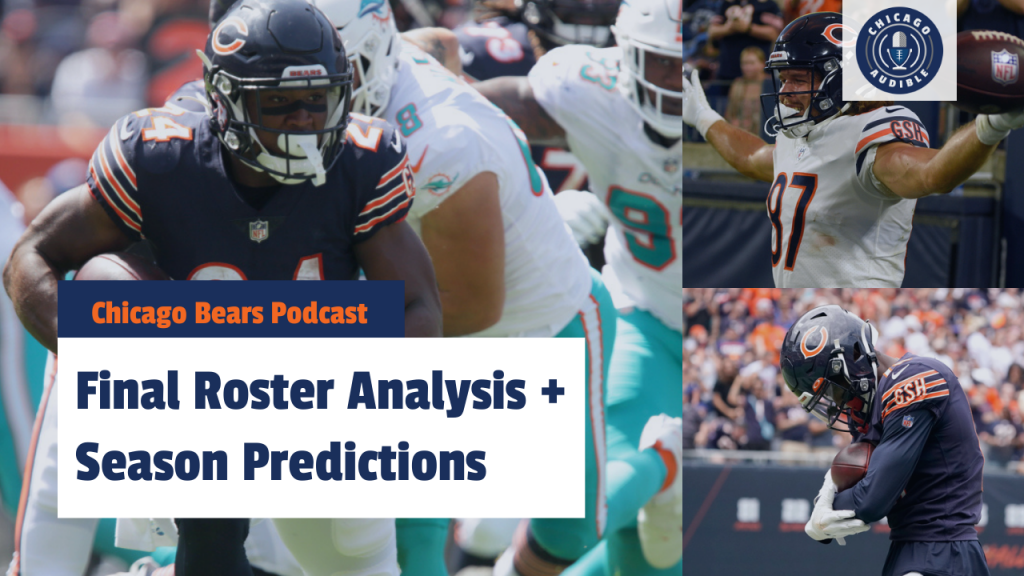 The Chicago Bears’ final roster is set, kind of. With most of the dust settling, the guys break down the roster as they discuss new players Breshad Perriman and Nsimba Webster, takeaways from Ryan Pace’s press conference, the biggest surprises, the “head-scratching” moves, whether or not you should be concern regarding the Bears being the NFL’s oldest team, determining if positions are better, worse or the same compared to 2020, and much more including a new game called “Feast or Famine.” Plus the guys share season predictions like who’ll be the 2021 MVB, a season bold prediction, confidence meter, and of course their official record predictions.